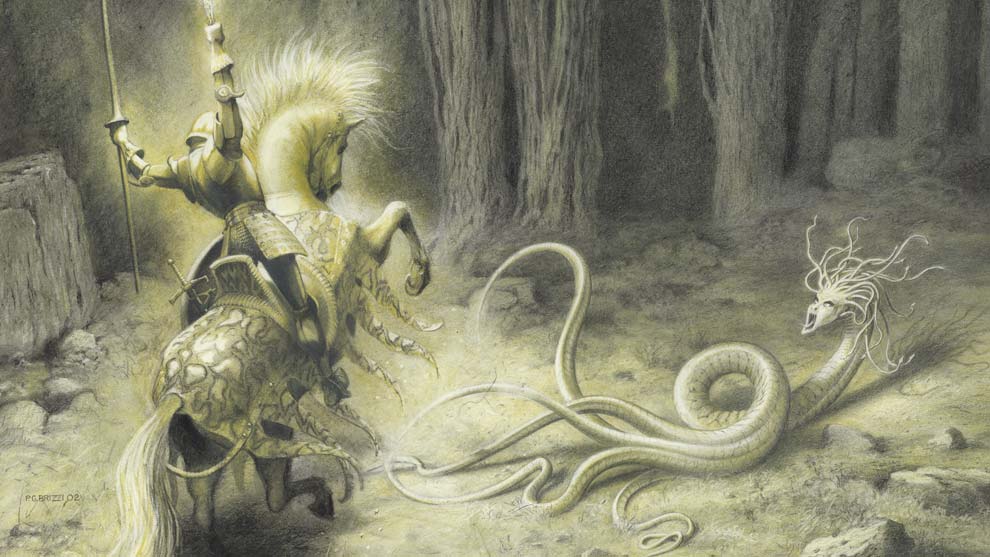 The brothers’ fascination with Orlando Furioso began while adapting for animation Cervantes’ masterpiece, Don Quixote.Don Quixote, in the novel, often mentions heroes from Ariosto’s epic poem while mimicking their prowess on his road to glory. In one memorable episode, the priest, in an effort to stop the dreamer’s eccentricities, burns all of his library’s books with chivalrous themes. However, he makes an exception of those very few that even he considers too iconic to be destroyed. Among these is Orlando Furioso.

As impressed by Orlando, Ruggiero and Rinaldo as Don Quixote was, the Brizzi Brothers decided to draw their own vision of each’s deeds, exploits, and love.