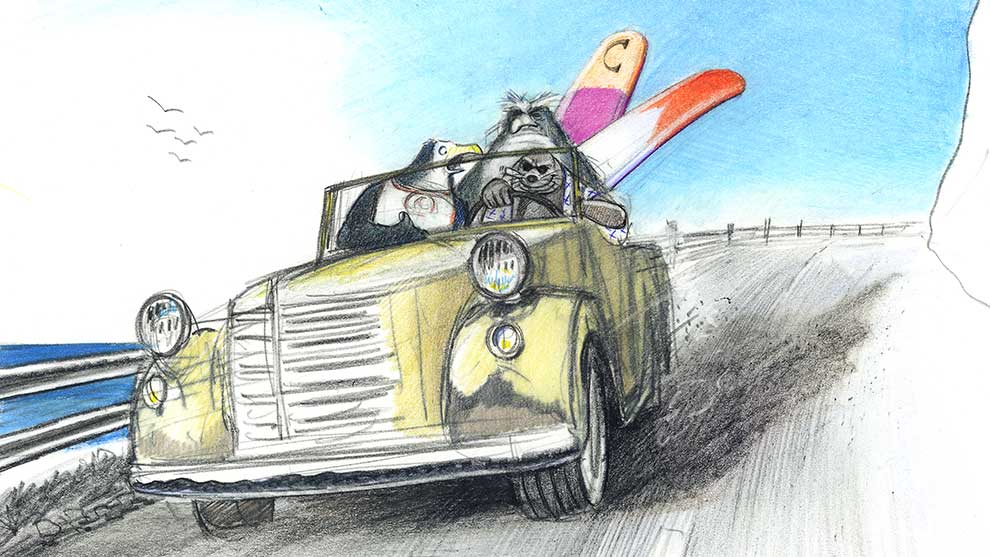 Cloudy with a chance of meatballs was Paul’s and Gaëtan’s first production at Sony Pictures Animation studios. They worked many months as development directors being also involved in the scenario.

This artwork is a selection of some early visual development. The Brizzi brothers were the first directors on this Sony production before Sony decided to choose a total different approach with new directors.