About the Brizzi Brothers

Twin brothers Paul and Gaetan Brizzi were born into an Italian family in 1951 yet raised in Paris, where they studied at the Ecole Nationale Supérieure des Arts Decoratifs. They brought together their passions for Fine Art and Cinema when they decided to become Animation Directors.

In 1974, their first short UN was acclaimed by the critics and perceived as a revelation of the genre by the press. Winners of the Ministry of French Culture's prestigious "Prix De Rome" in 1976, they were invited to reside in Rome for two years at the Villa Medici to direct their second short FRACTURE, winner of several awards at European festivals of animation. 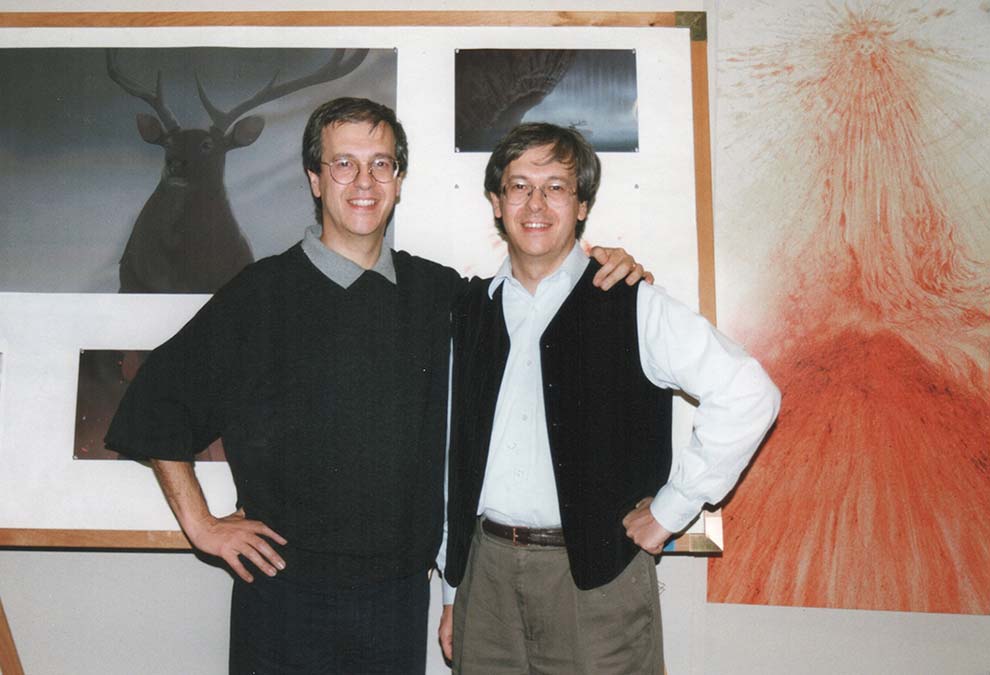 Their third short was nominated for a French "Cesar" (the equivalent of the American Oscar). Paul and Gaetan then founded their own animation production studio which they ran until 1984, all the while continuing to pursue their personal art.

Paul and Gaetan's reputation encouraged Roman Polanski to contact them to draw the storyboards for his movie PIRATES. The twins then directed their first feature movie ASTERIX ET LA SURPRISE DE CESAR, an adaptation of the beloved French comic book by Uderzo. In 1986, they launched BRIZZI FILMS and produced animated TV shows. The Ministry of French Culture decorated them with the title of "Chevaliers de l’ordre des Arts et des Lettres" a most prestigious honor that France attributes to its best artists every year.

They sold their studio to Disney, and in 1994 they moved to Los Angeles to work at the Walt Disney Feature Animation Studio where they directed sequences of HUNCHBACK OF NOTRE-DAME.

Roy Disney, Walt's nephew, trusting the two brothers' sense for the grandiose, gave them the direction of the final sequence of Fantasia 2000. With Stravinsky's music for "The Firebird Suite," the Brizzi Brothers created a tale of a forest destroyed by a volcano and then reborn out of the ashes. The press unanimously acclaimed the piece and its exceptional artistic and poetic qualities.

Jeffrey Katzenberg who loved the piece calls them to direct a project at Dreamworks. It is Moby Dick but this ambitious project will be abandoned after the tragic events of 9/11

In 2001 Paul and Gaetan left the big studios to concentrate on their personal projects as well as their paintings.

They decided to give their imagination a new direction by illustrating a major literary work of art of epic proportions, “Orlando Furioso” by L'Ariosto. The forty-six acts became forty-six pencil drawings and were shown for the first time at the Italian Institute of Culture in Los Angeles.

In 2004, the exhibit was shown in Lugano, Switzerland and then in Florence, Italy in 2005.

In September 2006, they develop a rock Opera project based on the songs of The Rolling Stones. Mick Jaeger is supporting the idea with great enthusiasm and Luc Besson decides to produce. But the two celebrities have disagreements about the script to the point that the project will be abandoned.

The same way they illustrated the “Orlando furioso” the two brothers produce a new collection of drawings representing spectacular scenes from the great masterpieces of the most famous Operas. The illustrations are shown and sold at the Gallery Daniel Maghen in Paris 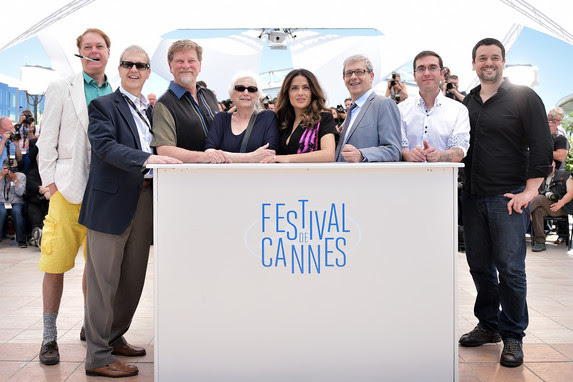 In 2013, they did most of the character and location design and completed the story-board of a feature directed by Roger Allers and produced by Salma Hayek.

It’s an adaptation of the famous novel by Khalil Gibran, “The Prophet”. They also directed one of the segments of the movie: the chapter “On Death”.

In 2014, the publishing company Futuropolis produce their first graphic Novel” La Cavale du Dr. Destouches” (Dr. Destouche’s run) a story written by the French actor Christophe Malavoix inspired by the life of the famous but controversial writer Céline. The work is definitely a challenge and gets a lot of positive reviews in the press.

In 2016, their passion for the art of drawings push them to produce new illustrations for Daniel Maghen. LEGENDS; a presentation of the interpretation of the brothers inspired by great historical and mythical figures or events.

After that, they work on their new graphic novel based on a book from Boris Vian “L’automne à Pékin” A very colorful and crazy story taking place in Paris and in an improbable desert during the Fifty’s.